The College of Colle, perhaps the most fascinating but also the unluckiest building of the complex, has undergone a number of modifications on the functional program -from first student house of the complex to an hostel function, held by ERSU - and the transformations caused by the action of the time. The actual use, therefore, is for guests of the guesthouse, who benefit of the daily breakfast included in the price, in a room in which “is not allowed to access over the breakfast time”.
Students who actually populate Collegi of Urbino during the academic year are accommodated mainly in other parts of the complex, taking advantage of the most comprehensive services and better structured public spaces. This series of shots shows with sincerity and realism the presence- absence of life signs, represented by sporadic visions of felines and personal items such as shoes or bags, placed temporarily by the guests of the dorm in the labyrinthine paths that connect the rooms.​​​​​​​ 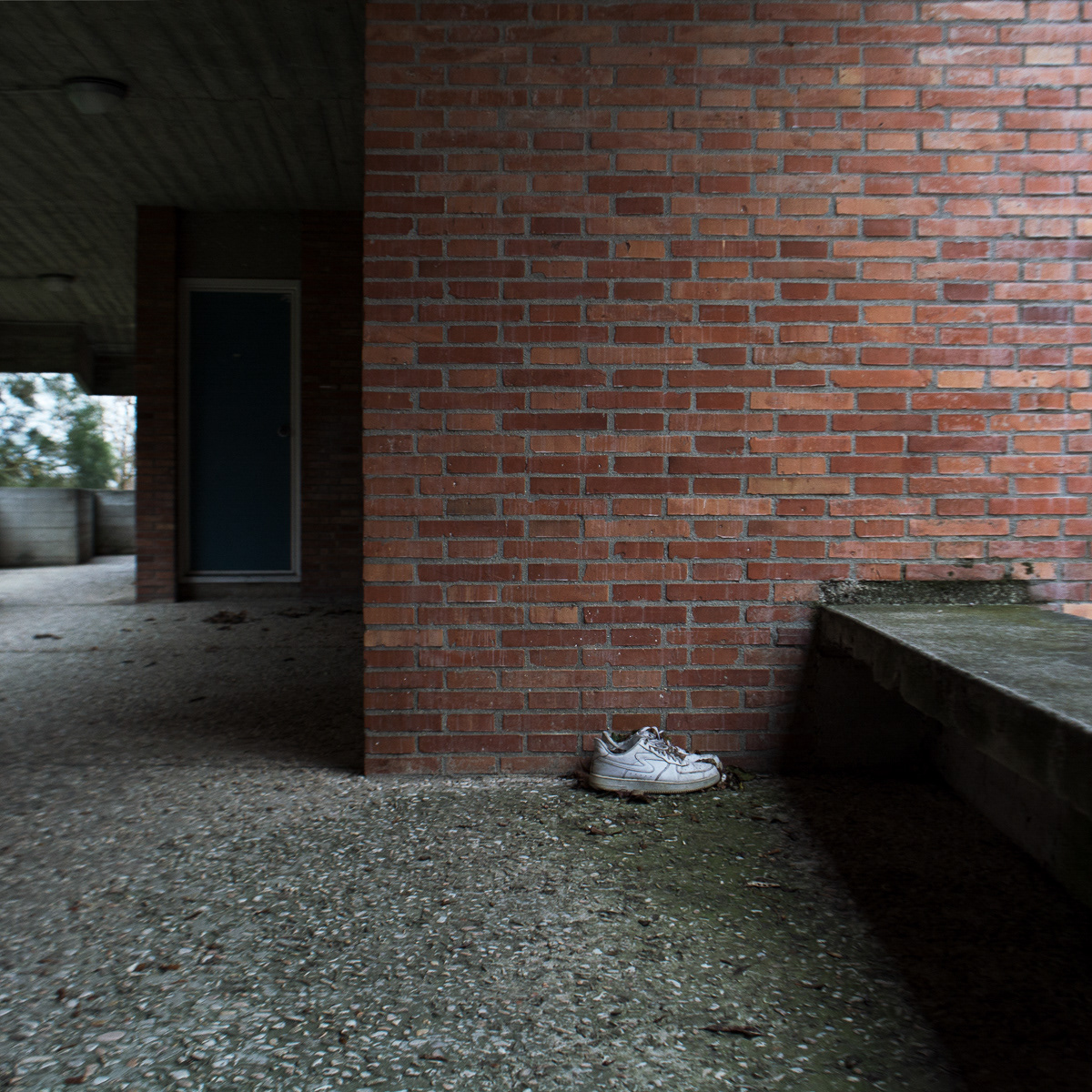 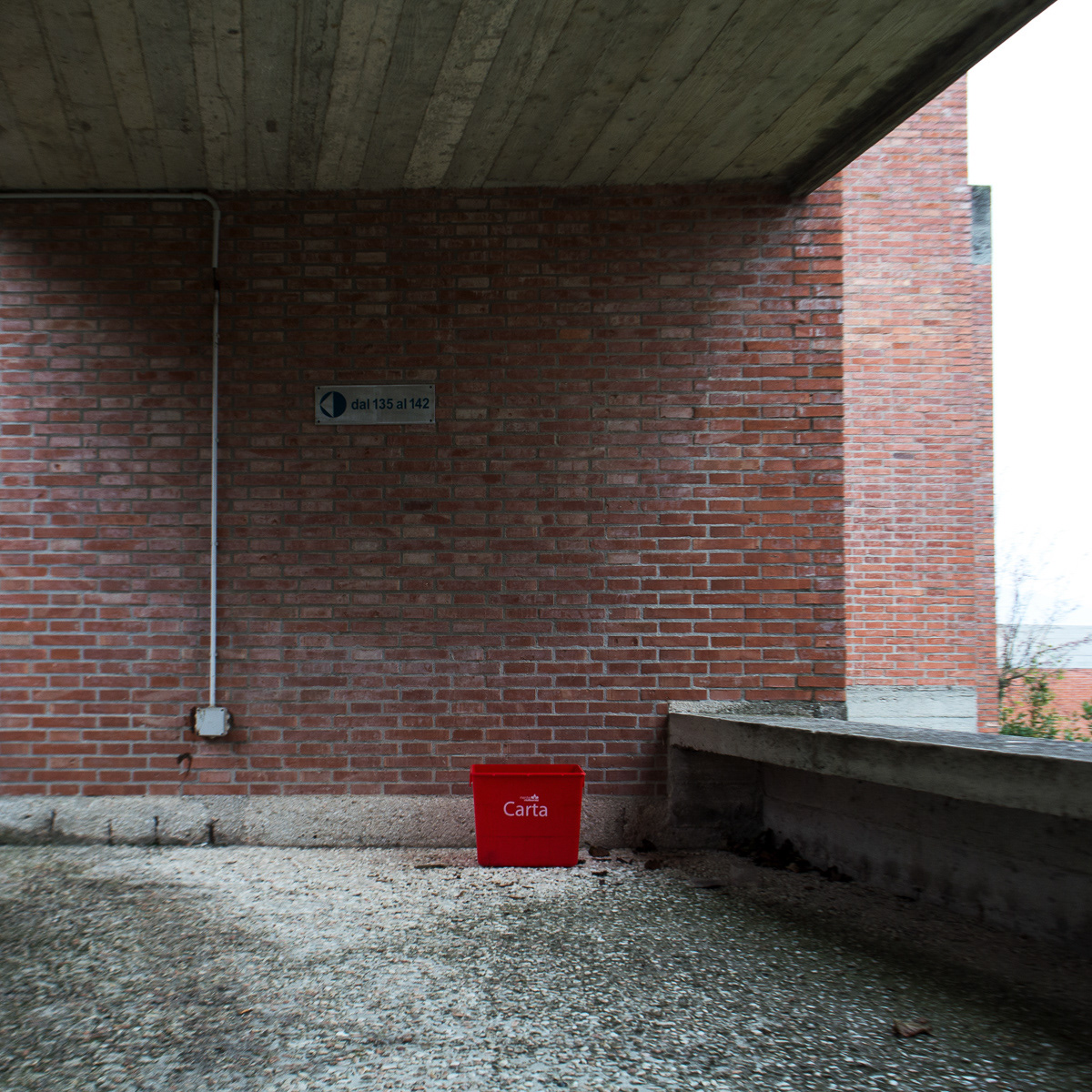 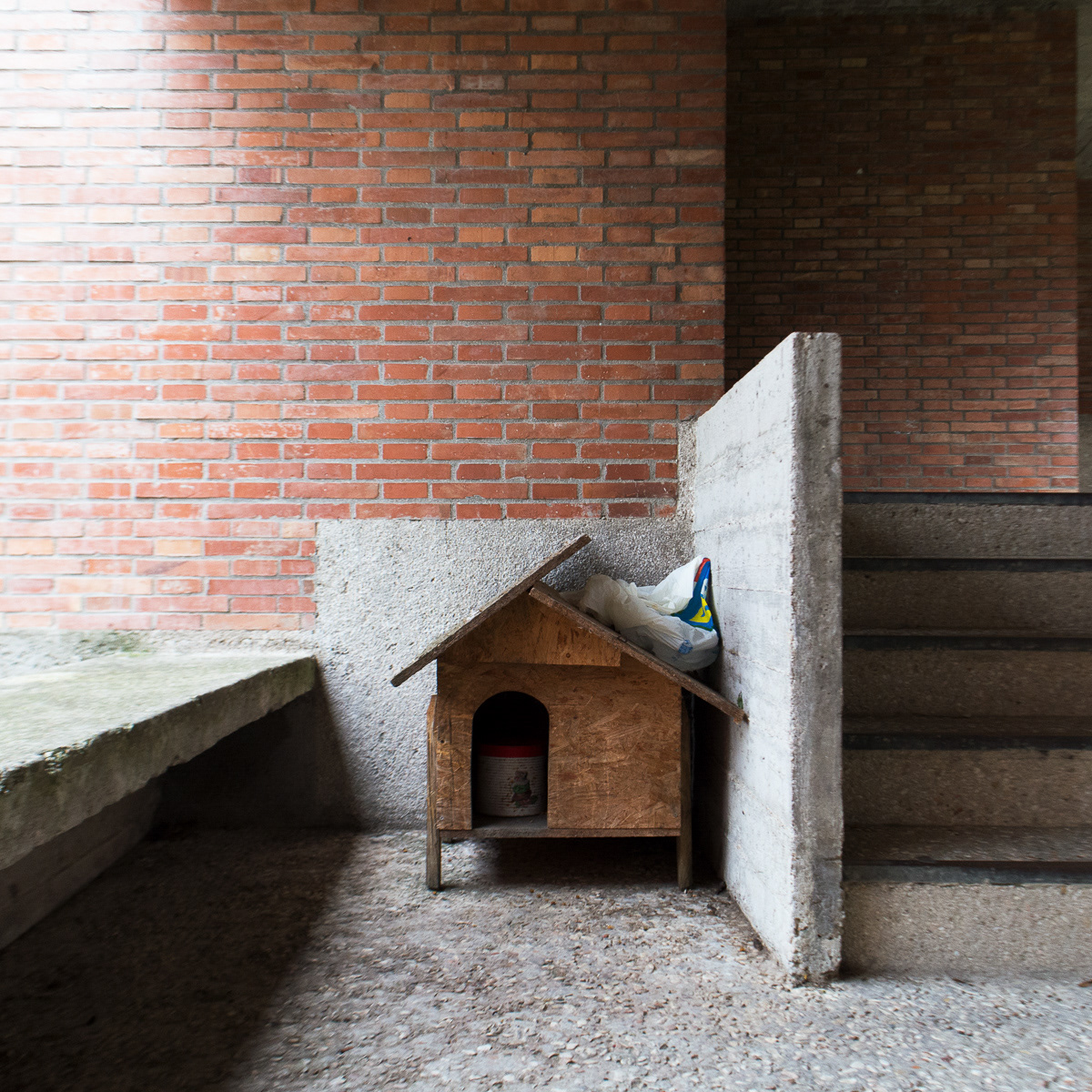 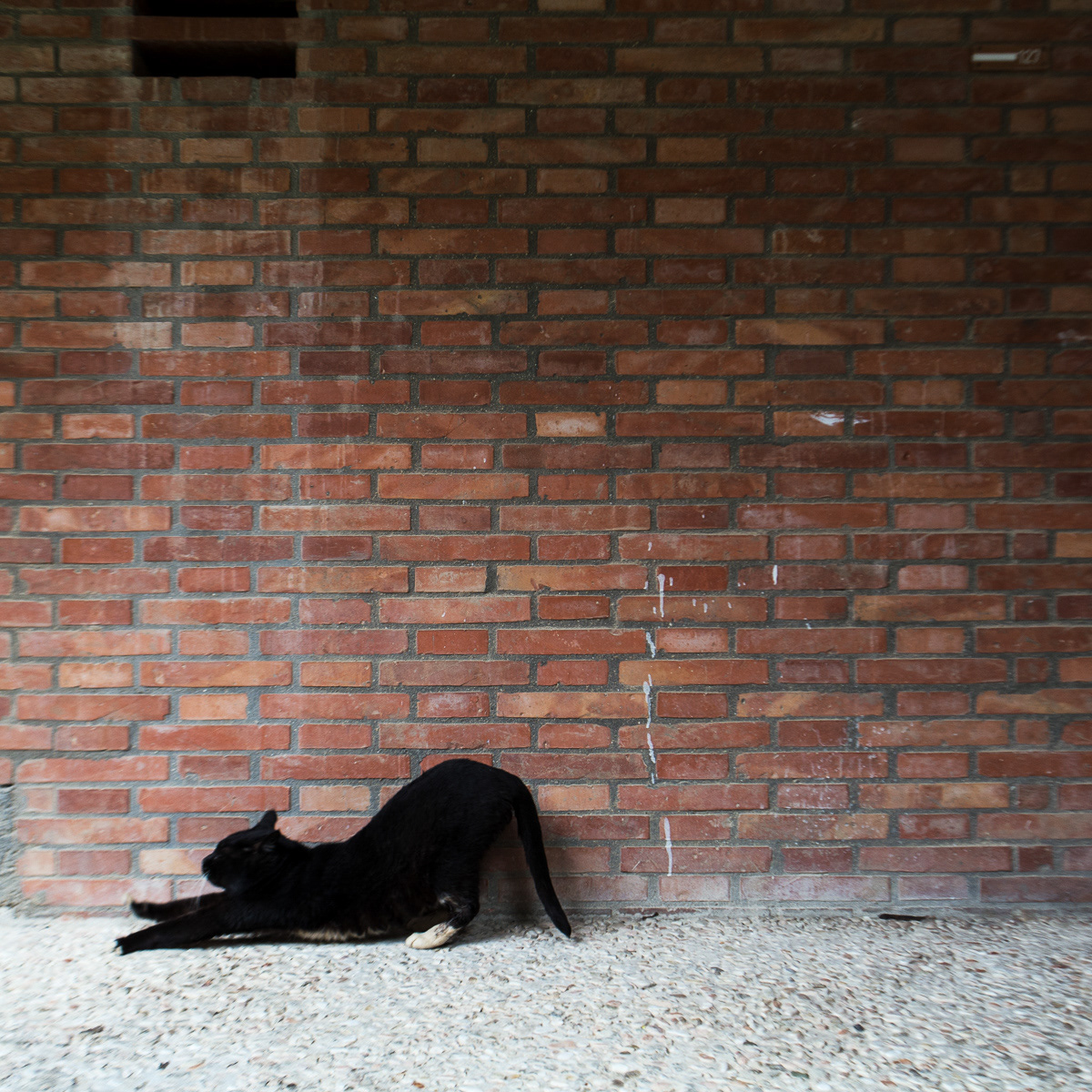 Colle is the first of the Collegi that De Carlo designed. During years its function changed, as it became guest house. Considering the different kind of functions and spaces, today this building is an hybrid space, as it is used both by people that come from outside and students looking for a quiet place where to study. The rooms are occupied mostly by people coming for short periods, so it’s not easy to find somebody walking by the paths linked to the main building.

The only witness of human presence is lead to some personal objects left outside the rooms. Sometimes, some elements, such as red cones, are placed by the mysterious inhabitants of this place at the corners of the paths, probably in order to orient themselves. These pictures were taken during the first week-end of december 2016, around 11 in the morning, with no direct sun light, in a very gloomy day. 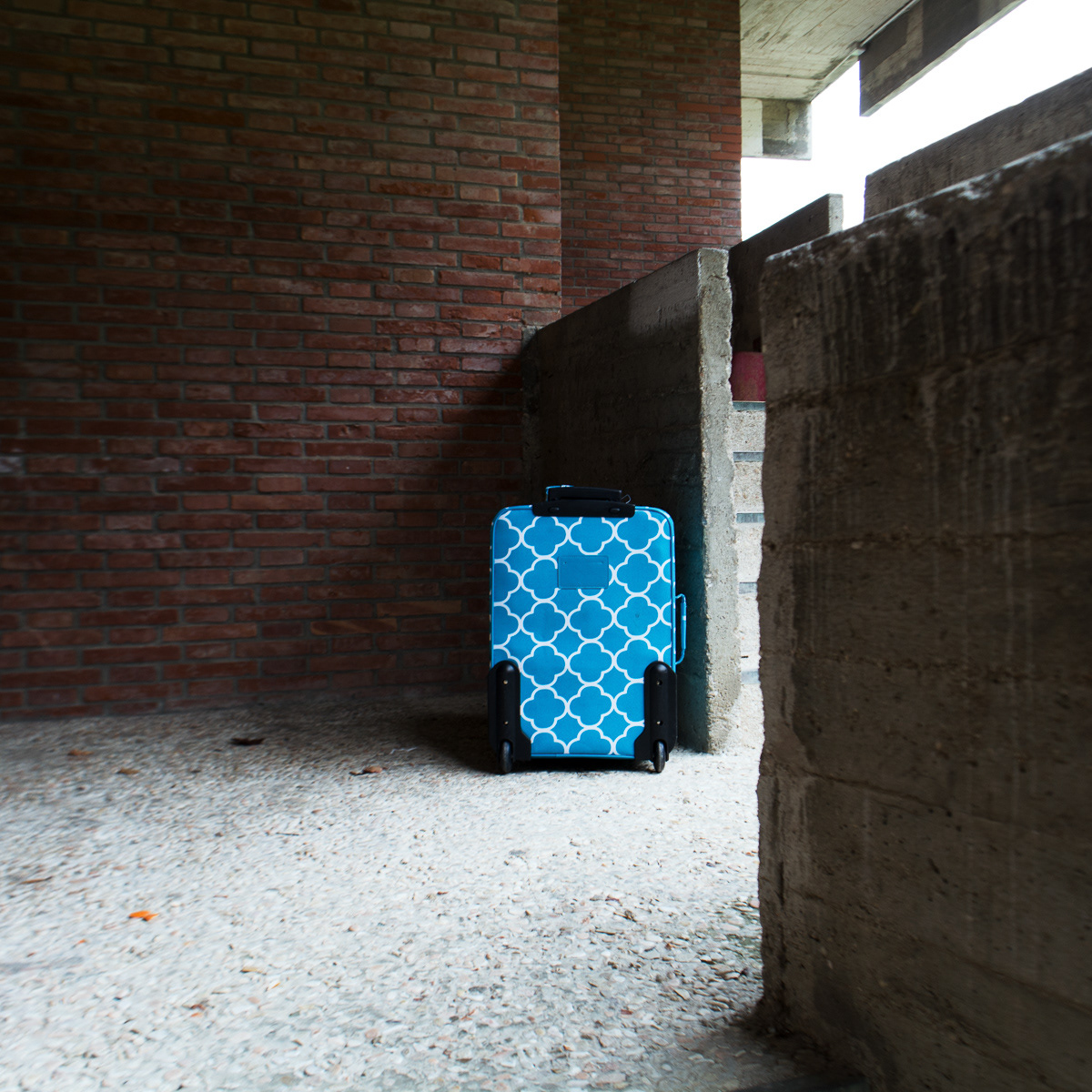 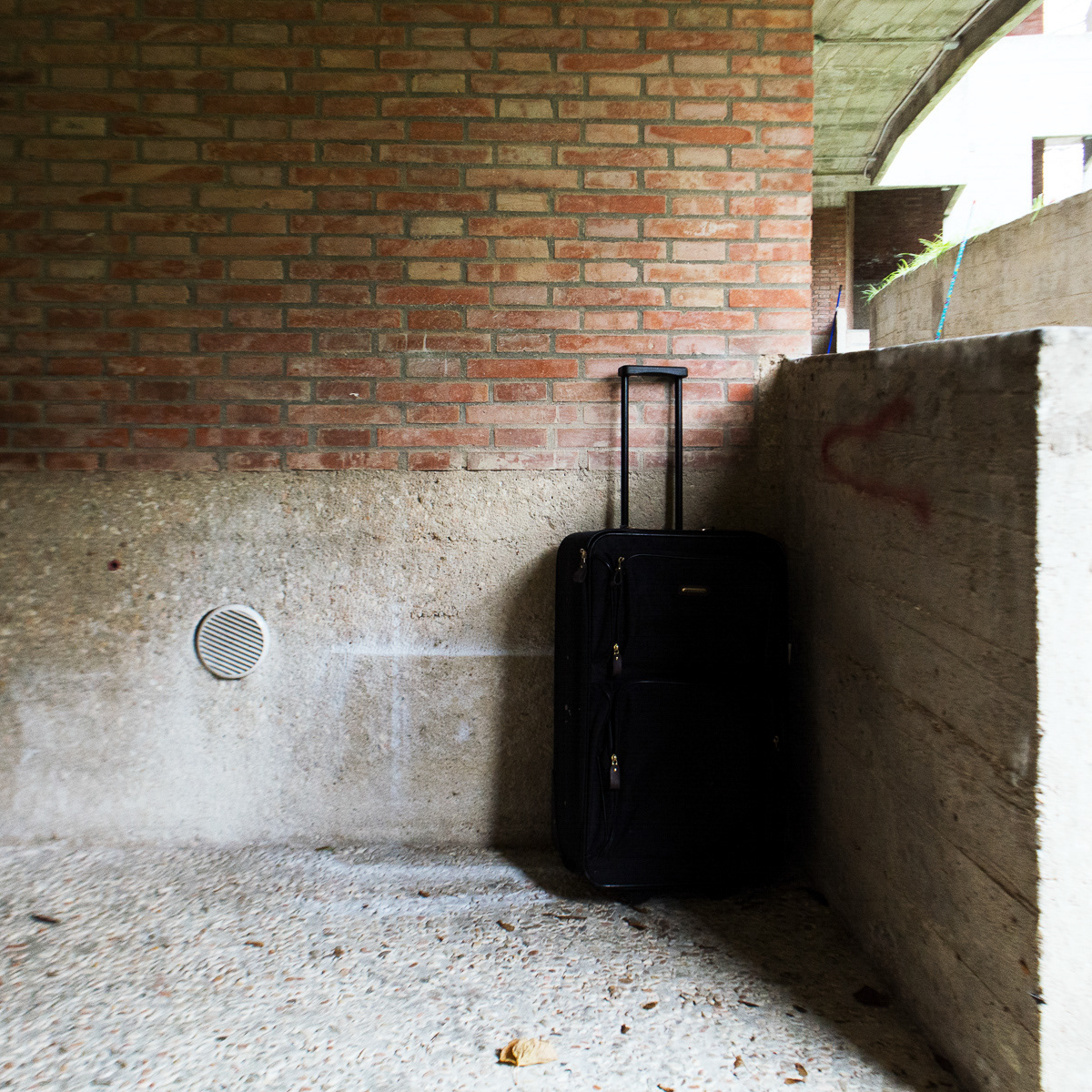 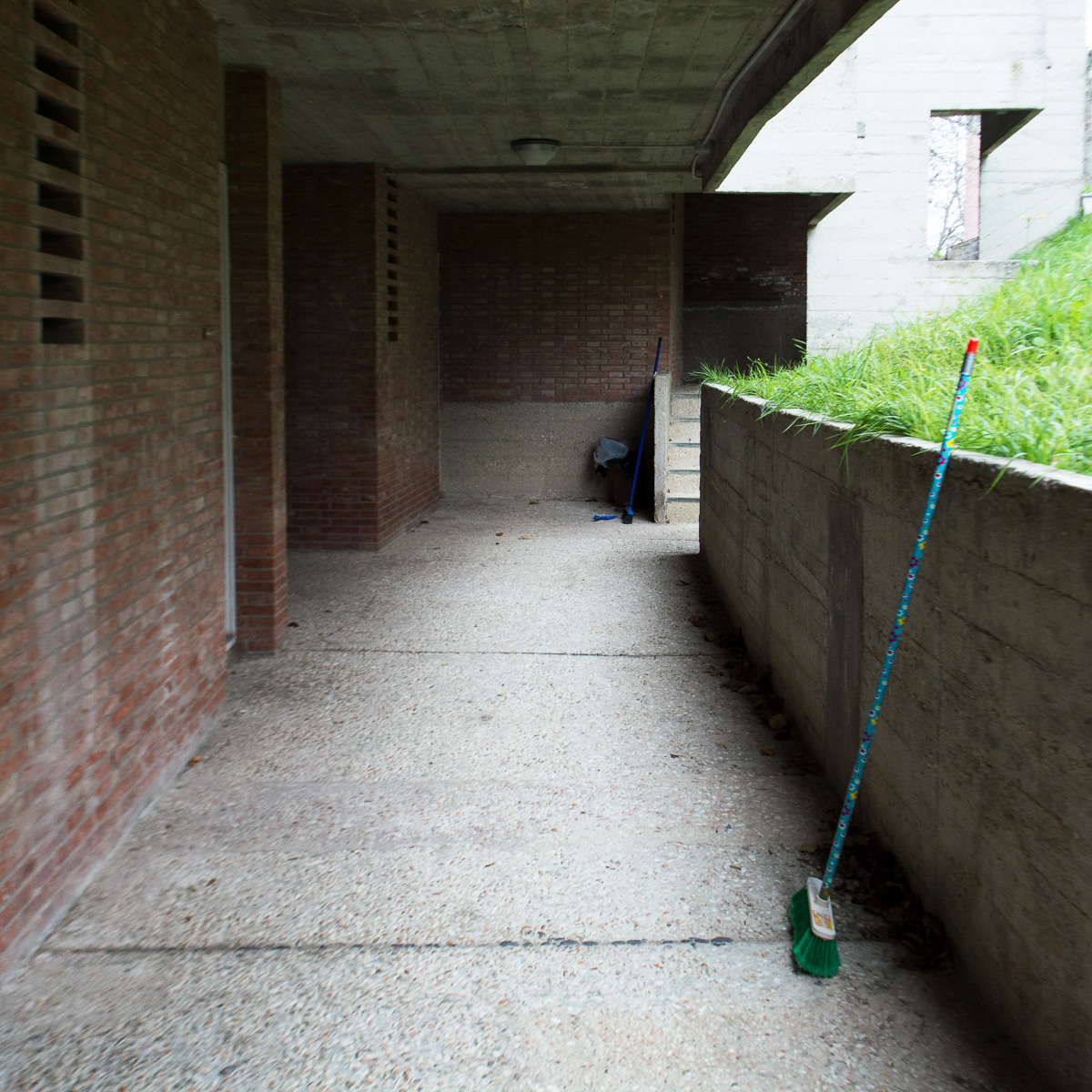 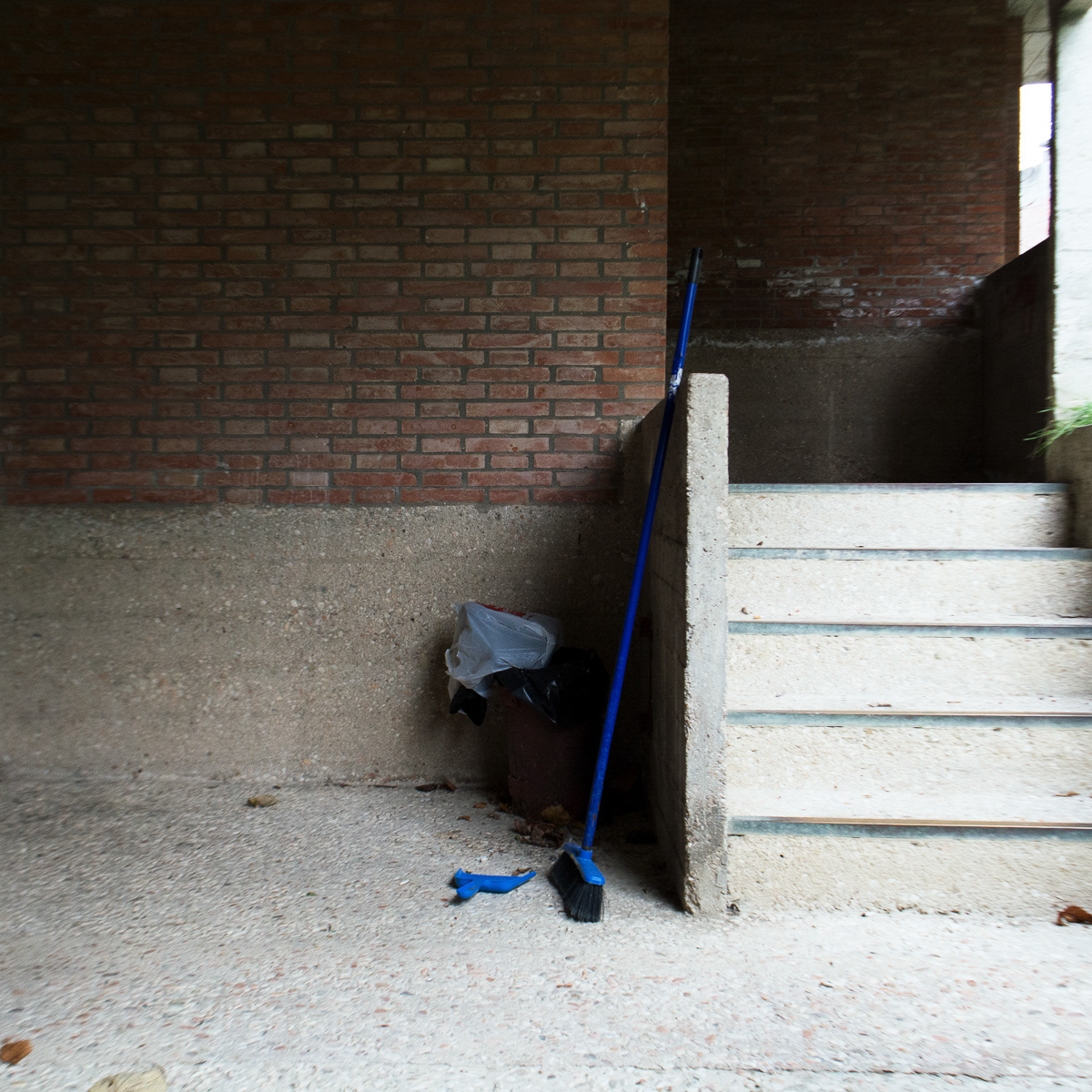 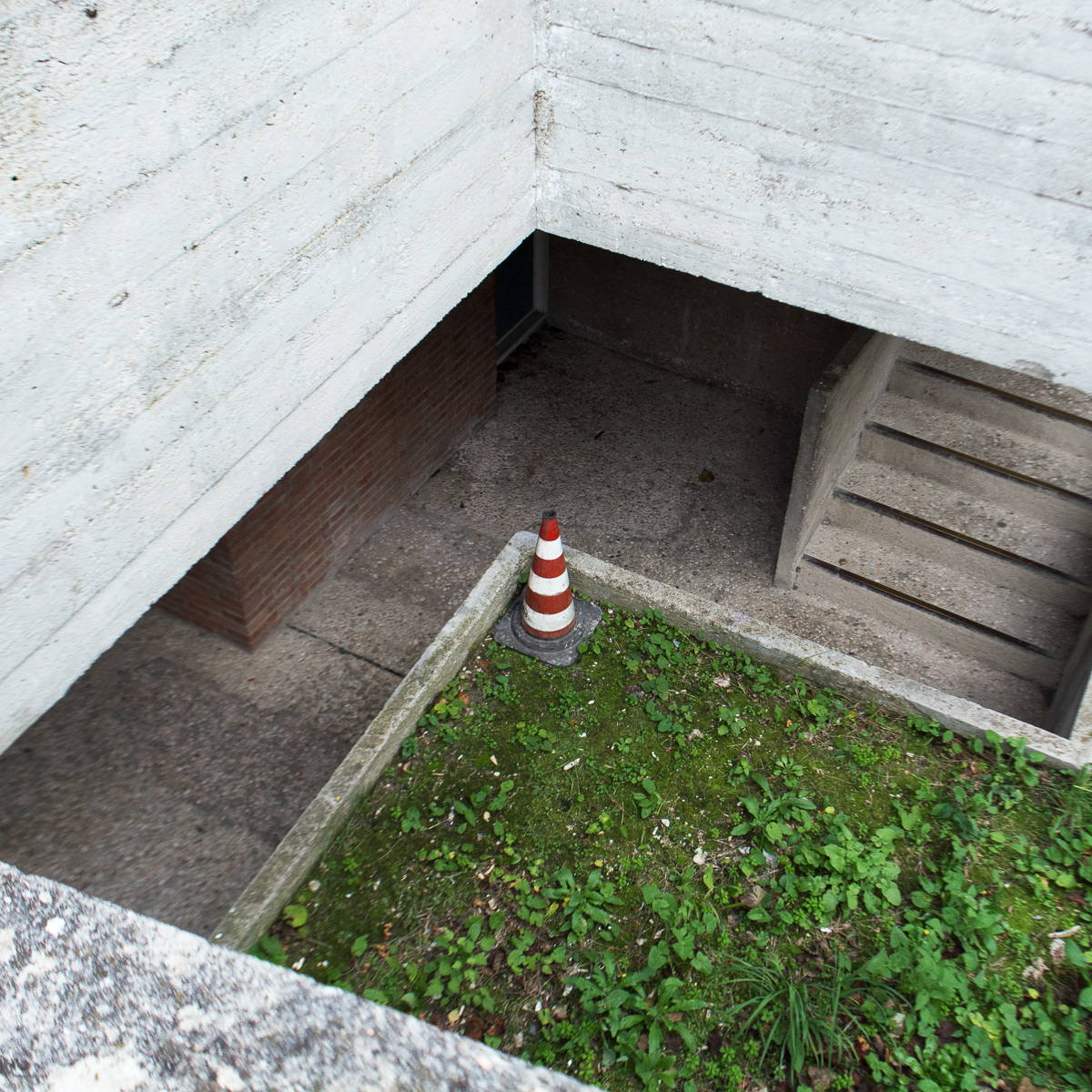 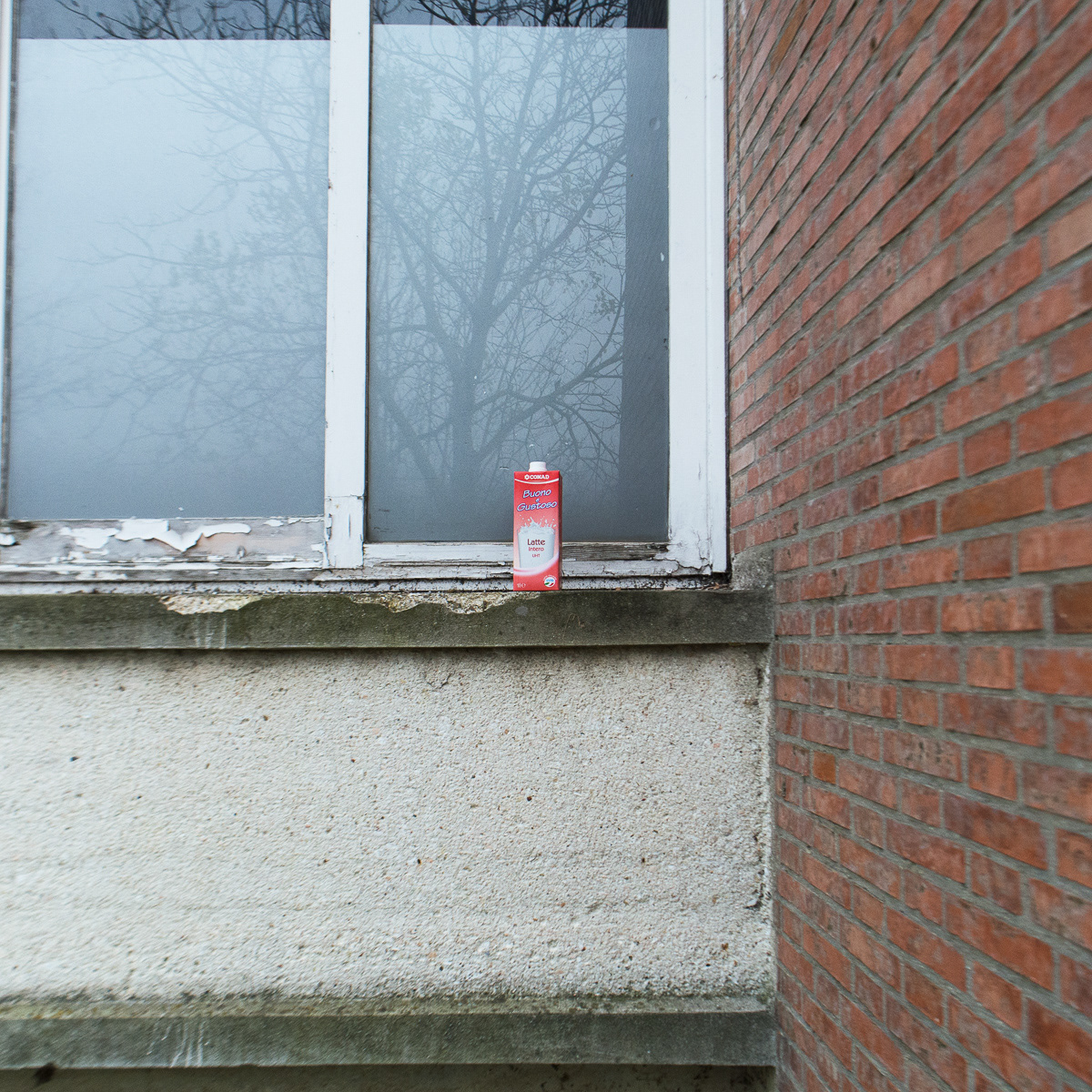 A second series of shots, showing the interiors, as we found them during our journey at Collegi. It was the beginning of december, and everything was so depressing as the use itself of the building. Probably Giancarlo De Carlo wouldn’t have liked to see his masterpiece in such a gloomy state of abandone.The only silent witnesses of a rare use are tables and chairs, and some sad plants, moved sometimes in improbable places, due to the needs of the few visitors of Colle.
The main common rooms in the main building were not designed for a specific function. However during time their used was changed, so that they became study rooms. However because of their spatial configuration this kind of function is not well suited for them, as actually they are also used as passing places and this make them very noisy places, not comfortable for studying. 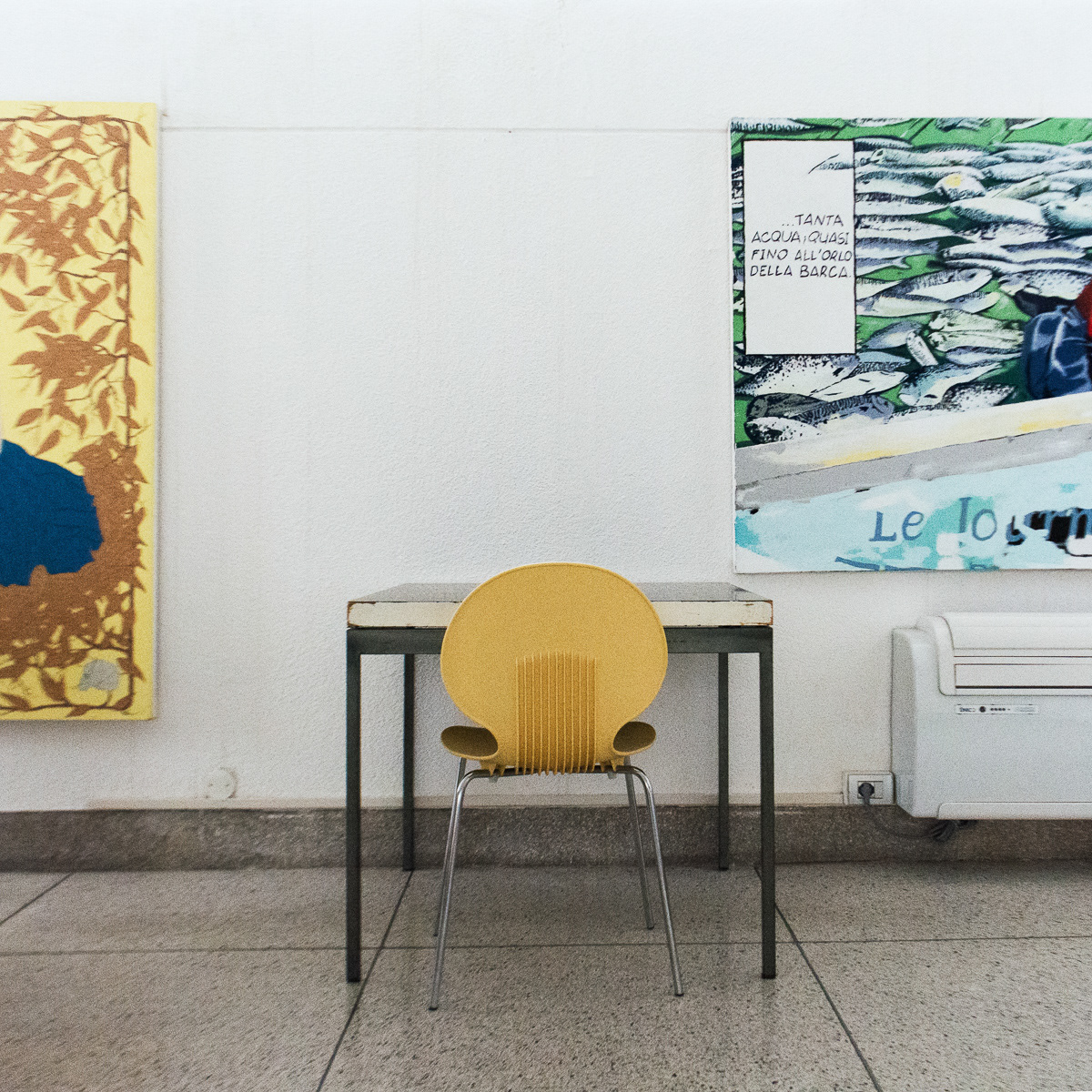 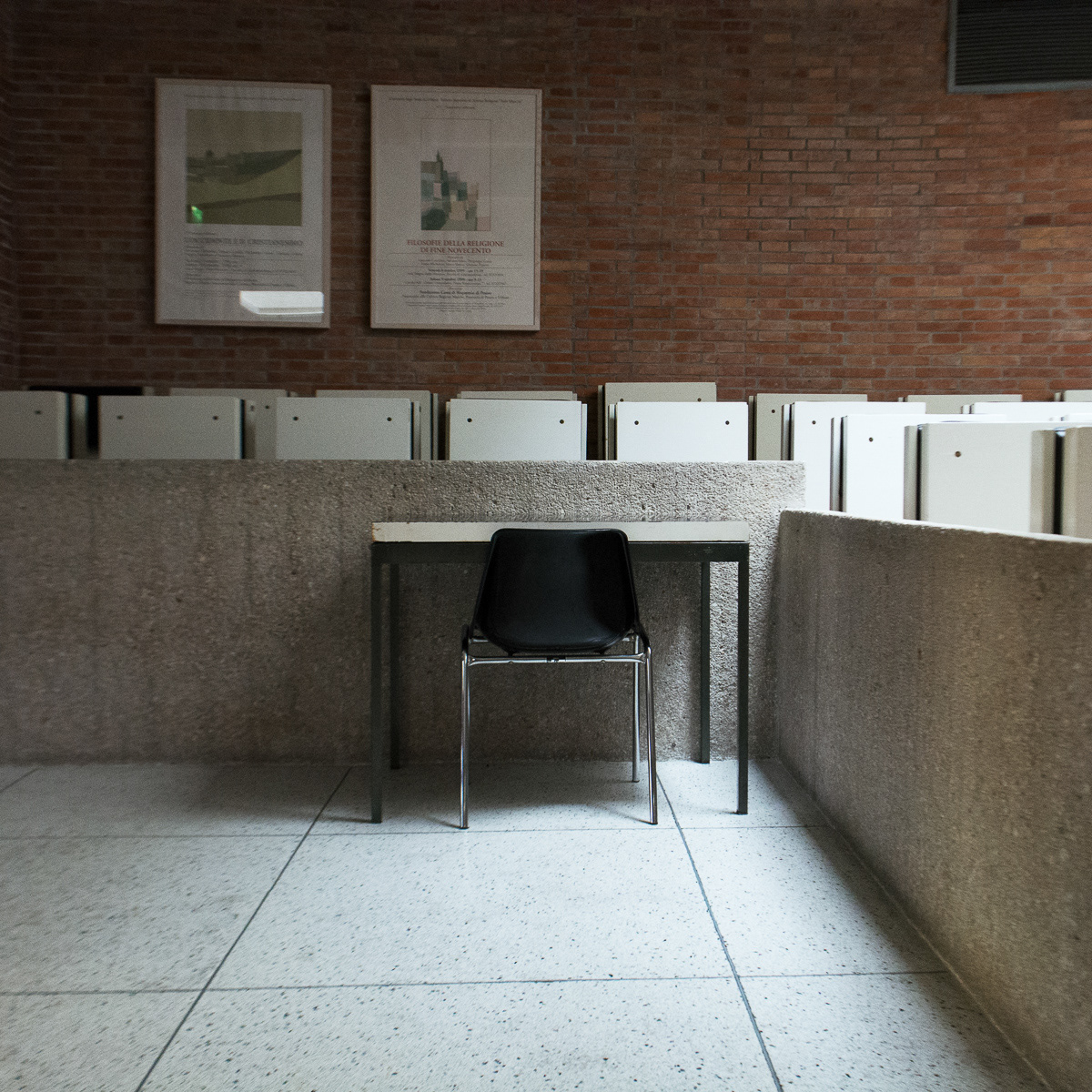 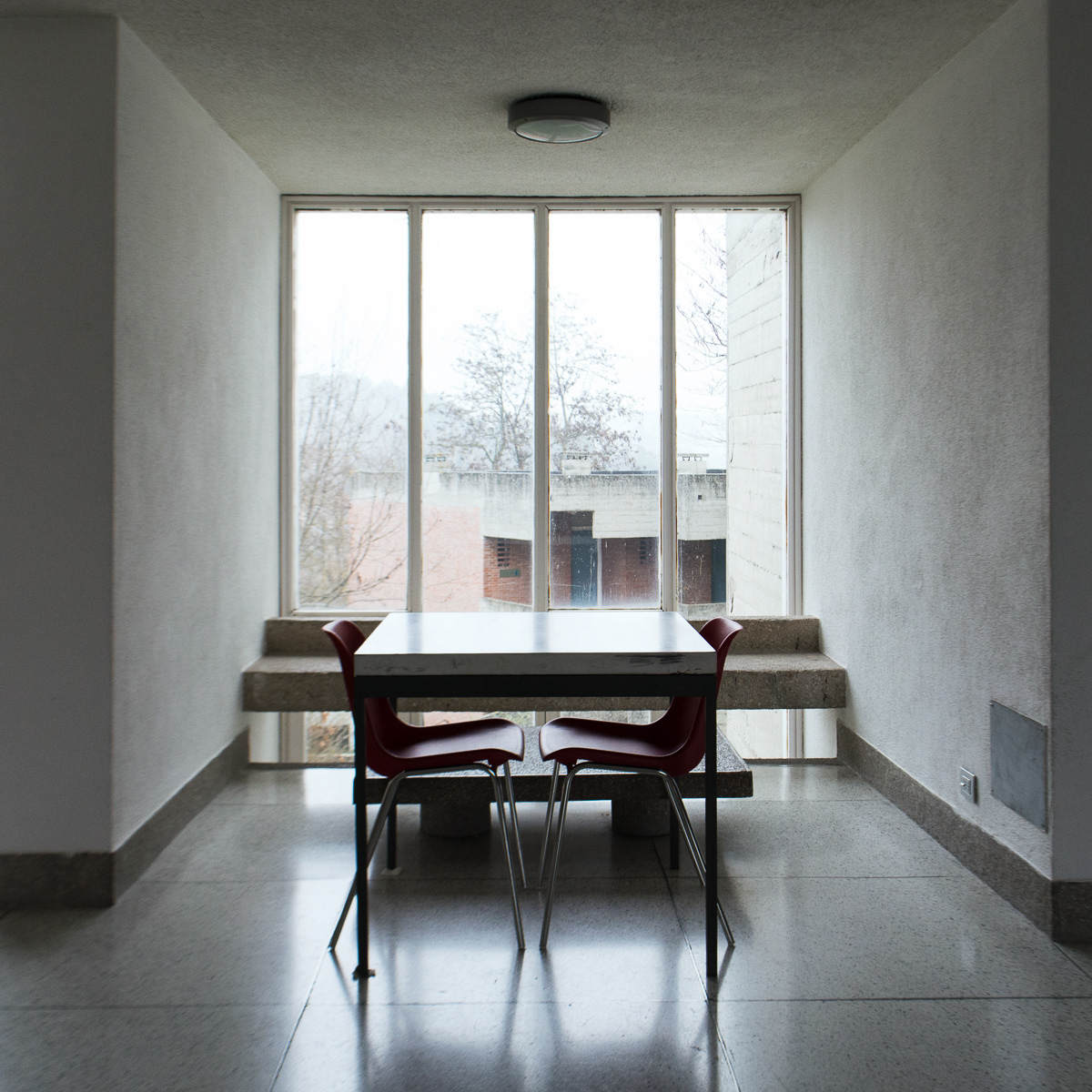 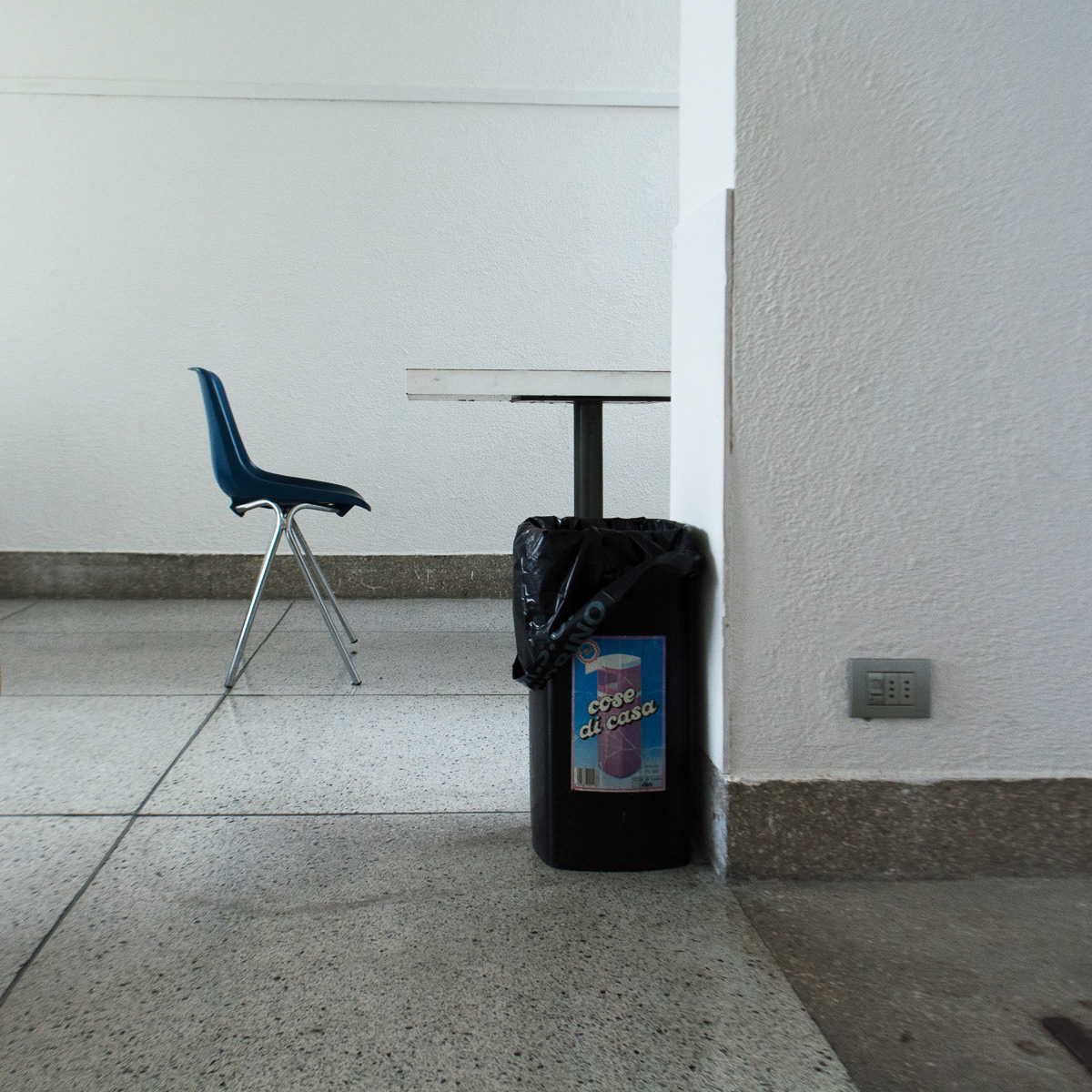 On the other hand even though De Carlo designed every single element to make these spaces a meeting point (so there are benches, fixed tables, particular seats and spaces for spare time) they are not so appreciated and appear as cold and uncomfortable.
This problem is mainly due to the material used, concrete, and the proportions of the elements, extremely law tables, too distant from the benches, little ‘pools’ of concrete. That’s why people places common tables and chairs randomly in order to catch some light from windows for studying, leading to a general mess and an abandoned-like appearance of the building. 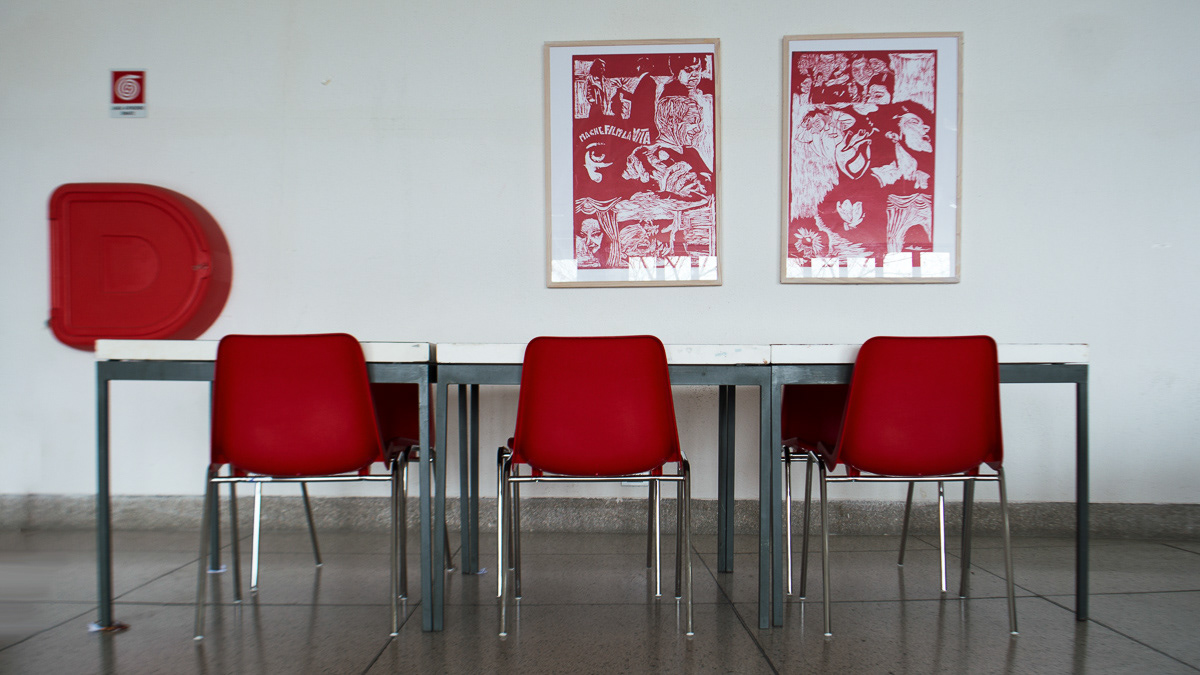 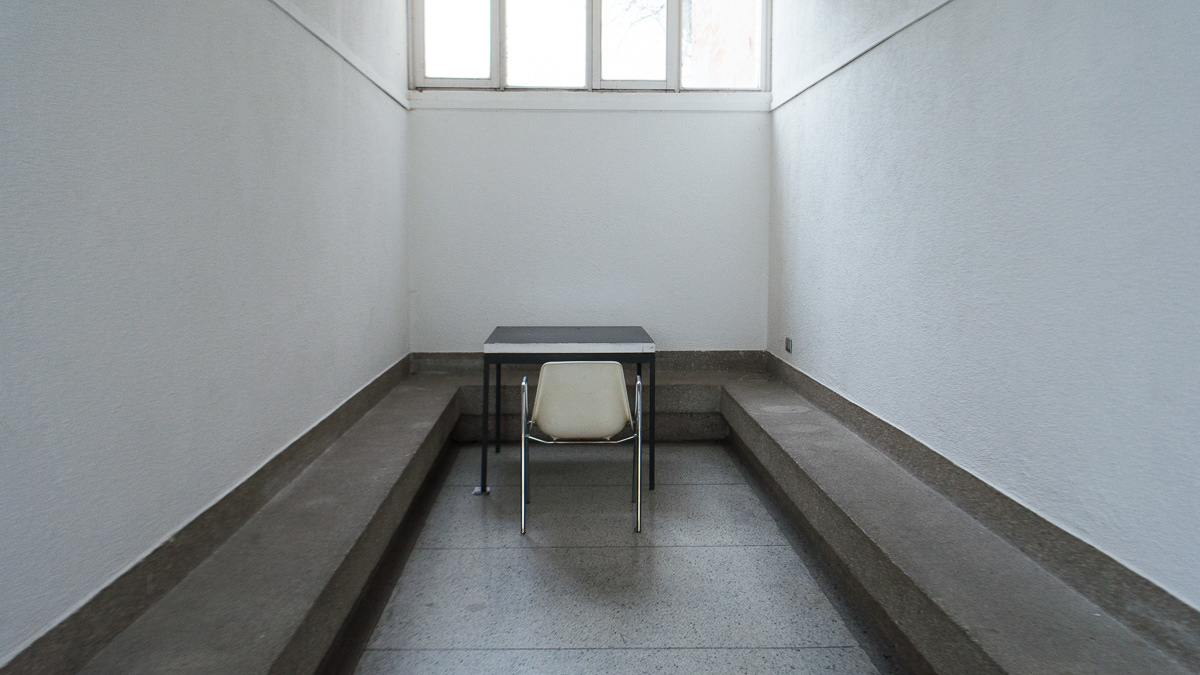 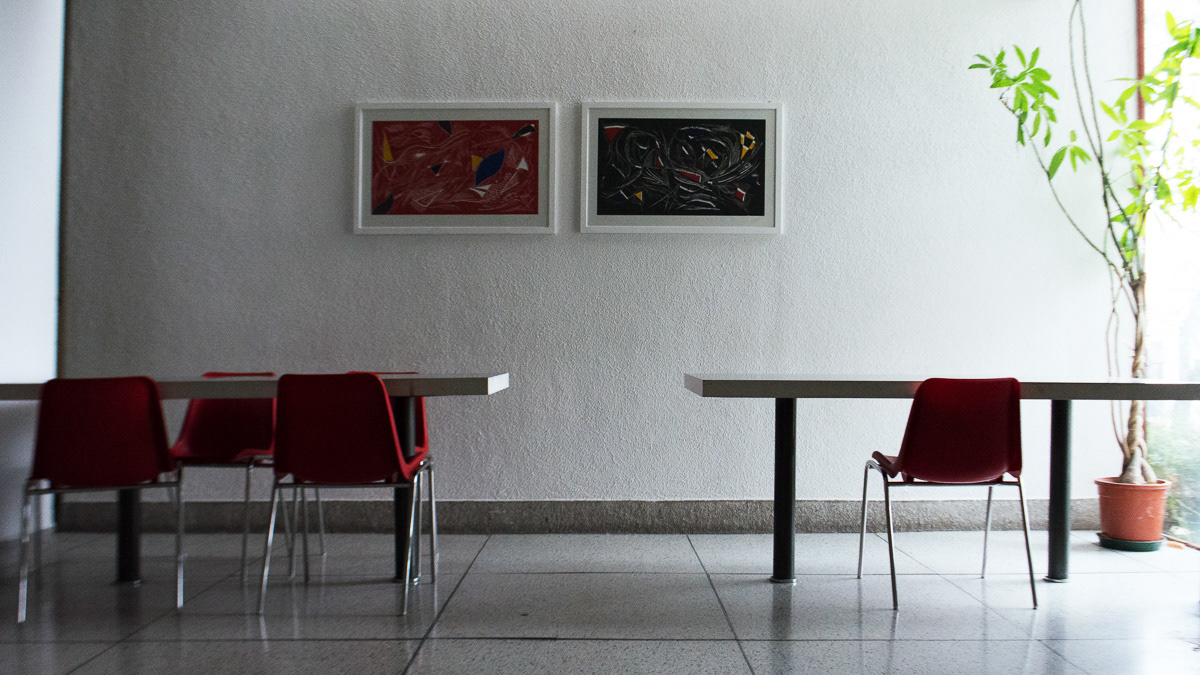 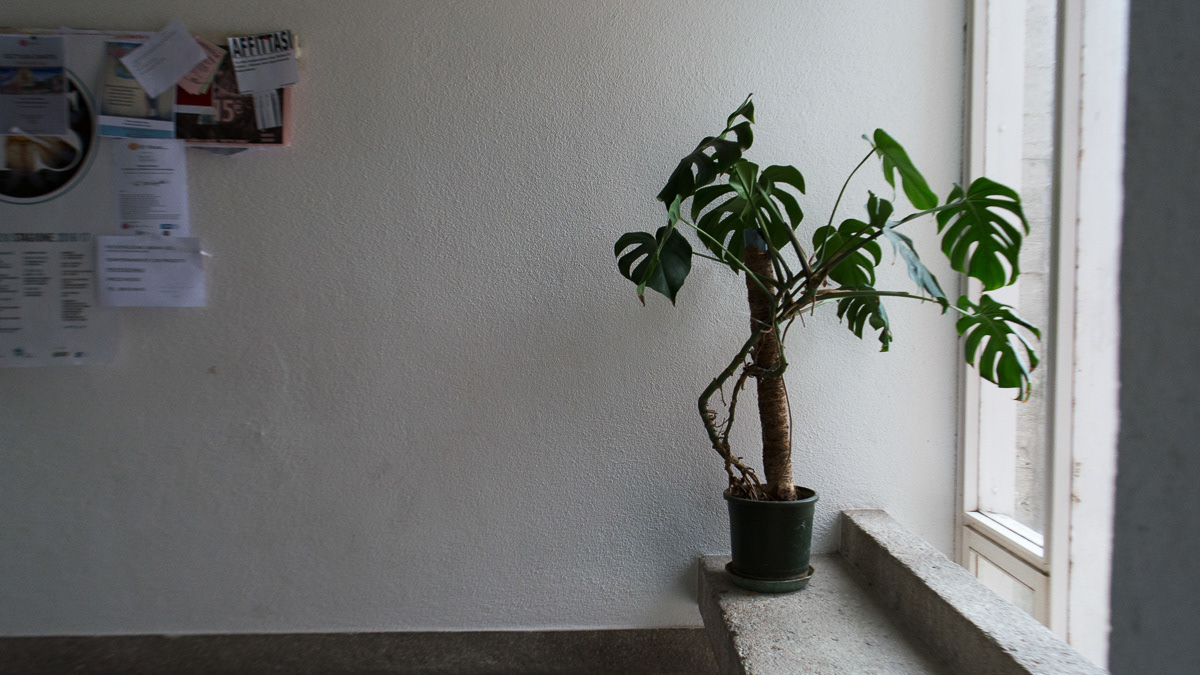