Urban Regeneration Strategies for the
Redevelopment of San Cataldo Seaside Resort
Although the conquest of the littoral as a source of well-being and the idea of pleasant and habitable costal landscape are themes that can be traced back to the mid 19th century, the most significant phenomenon of settlement - on most of the Mediterranean coasts – only took place during the last 50 years, following extremely rapid pace of transformation. The anthropization of the Salento’s littoral first appeared in the form of coastal gemmation of the hinterland villages, with the achievement of coast roads and the concentration of seasonal activities, in 300km of seashore of this peninsular territory.
At the end of the 19th century, in the wake of the North European balneotherapy trend, the city of Lecce established the Marina of San Cataldo, linked to the city-centre via an innovative electric tramway line. The seaside resort then underwent a progressive loss of interest: the new road networks made other places -proposing a wider tourist offer- easily attainable, while the coast’s natural obstacles weakened the link between Lecce and the sea, reducing the potential touristic frequentation it could have offered.
The thesis focuses on the study of the transformation process of the seaside resort and its relationship with the city of Lecce, by identifying the critical issues in the tourism and infrastructure system and setting the goal to revitalize the littoral and its reconnection with the environmental, architectural and cultural heritage of the hinterland. Through different mobility strategies, guidelines for the protection of the natural systems and propositions for the reconversion of the degraded areas, San Cataldo would take on the characteristics of a seaside resort of high environmental, touristic and social sustainability.
The enhancement of touristic and urban services - from the reactivation of the tramway track to the expansion of the touristic harbour, from the provision of sport and events facilities to the rearrangement of the square and of the waterfront - aims at rehabilitating the marina, no longer considered only as a vacation destination, but as a departure point for the enjoyment of the hinterland, conferring a new meaning to the antique city-sea pair, and returning to the seaside resort its lost identity.
01
manifesto

04
the lighthouse square
The lighthouse area is nowadays represented by a big driveway roundabout, oversized compared to the actual needs, by a big plot of parkings, a few meters away from the sea and by a barren, unequipped and little frequented square. The proposal envisions the upgrading of the promenade, the square in front of the lighthouse and the enhancement of the romans remains of the Hadrian's harbour, by the reconfiguration of the vehicular traffic, the new tram line terminal and the ending pier of the promenade, proposing the requalification of the area and its use during all the months of the year.

05
the harbour
The reconfiguration of the harbour - nowadays small and inadequate for the needs of the yachtsmen coming from Lecce and its surroundings- and the redesign of tourist and bathing facilities should guarantee the area a deseasonalized use and turn it into a polarity designed for the city of Lecce, as well as for the marina. Essential equipments and services have been provided under a three-arm pier: commercial activities to be assigned under concession to private individuals to ensure the management and maintenance of the pertinent spaces throughout the year.

06
the waterfront promenade
In this seafront section, the pre-existing architecture, downgraded by the years and by abandonment, has been rethought, taking into account the fact that the 1989 PRG referred to this area (intended for residential and tourist uses) as a zoning plan variant which had never been carried out, and that nowadays the PUG is currently being reworked after the administrative rejection. Therefore, in the regeneration of this section for tourist-residential use, a series of terraced houses is planned, in compliance with the PPTR of the Puglia Region, composed of elementary volumetric aggregations with a relatively low buildabuility index (1.5 cubic metres per square metre and a maximum height of 6 metres), deduced from the pre-existing architecture, in a permeable system that enhances the integration of the forest area behind. New types of ground-accessed two-storey houses are proposed, differing from the usual terraced houses by introducing roof gardens and patios. By repeating this type in a wide range of dwelling modes and with a controlled architectural variation, an animated street elevation should emerge. On a larger scale, a balanced relationship is foreseen between the repetition of the individual dwellings, the roofscape and the waterfront.

The Rooms represent a different way to organize the green system along the promenade and to arrange urban furnitures and little devices, aiming to confer entertaining features to the waterfront, as well as an unusual rhythm. The rooms are conceived to provide punctual microclimates, points of relief and places of interaction. 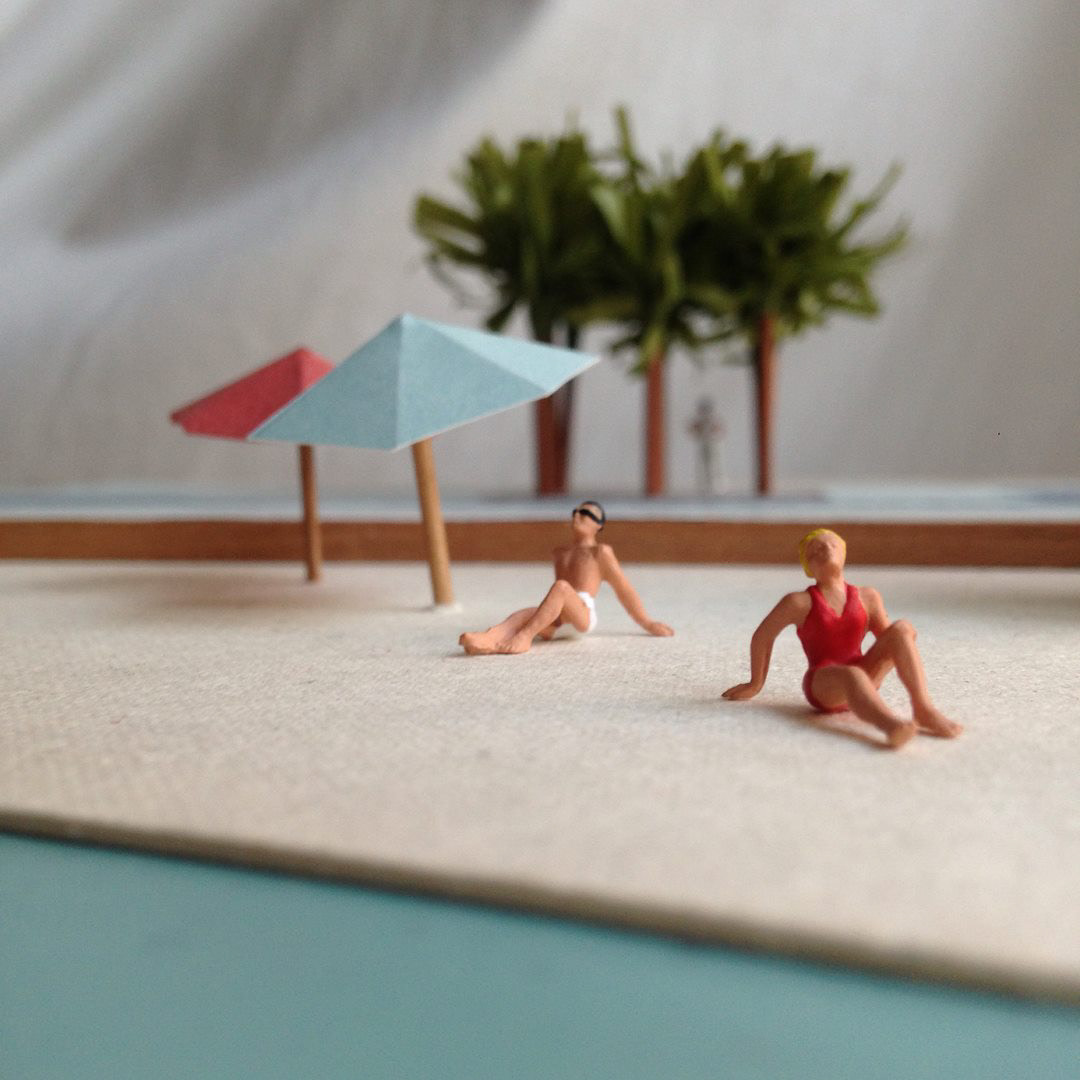 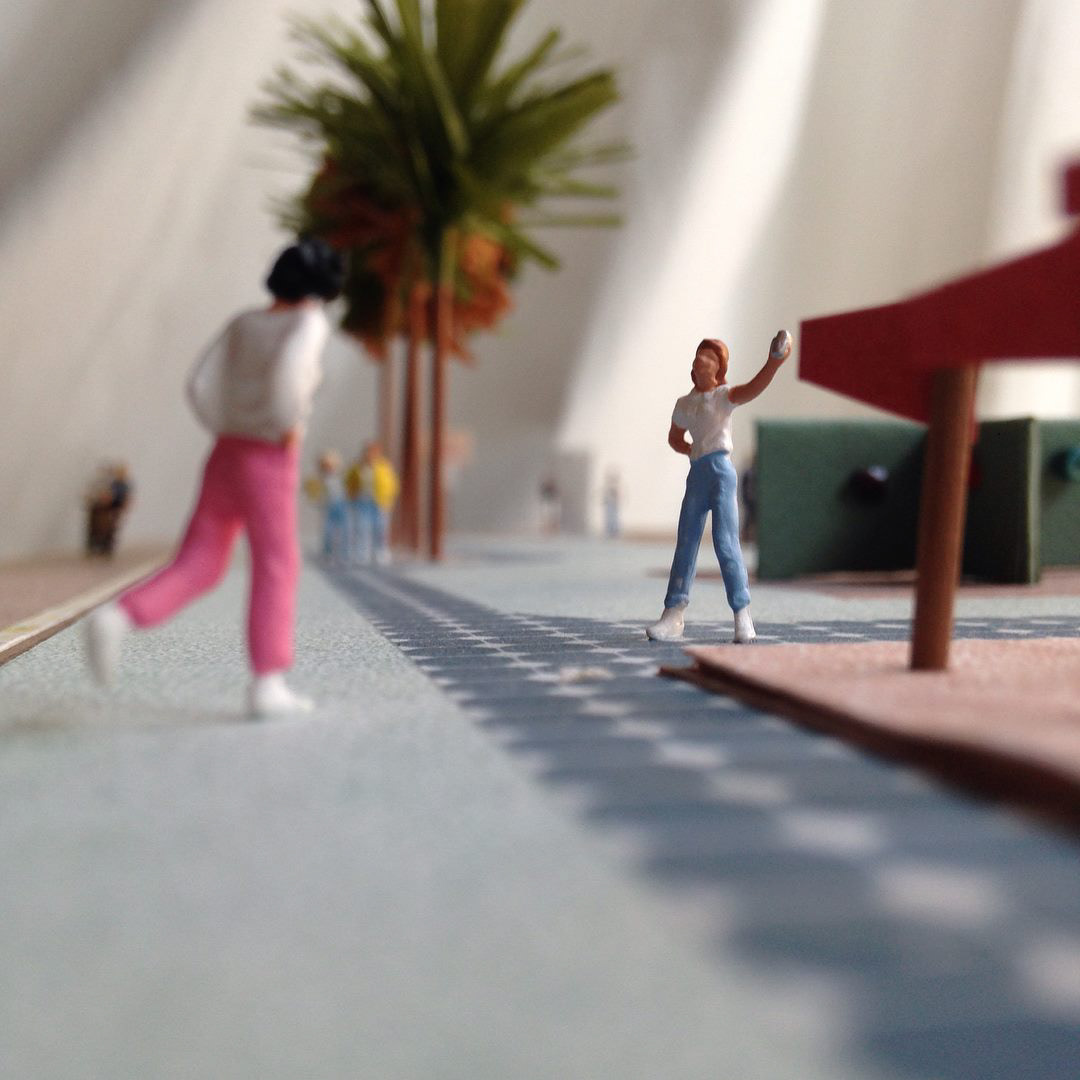 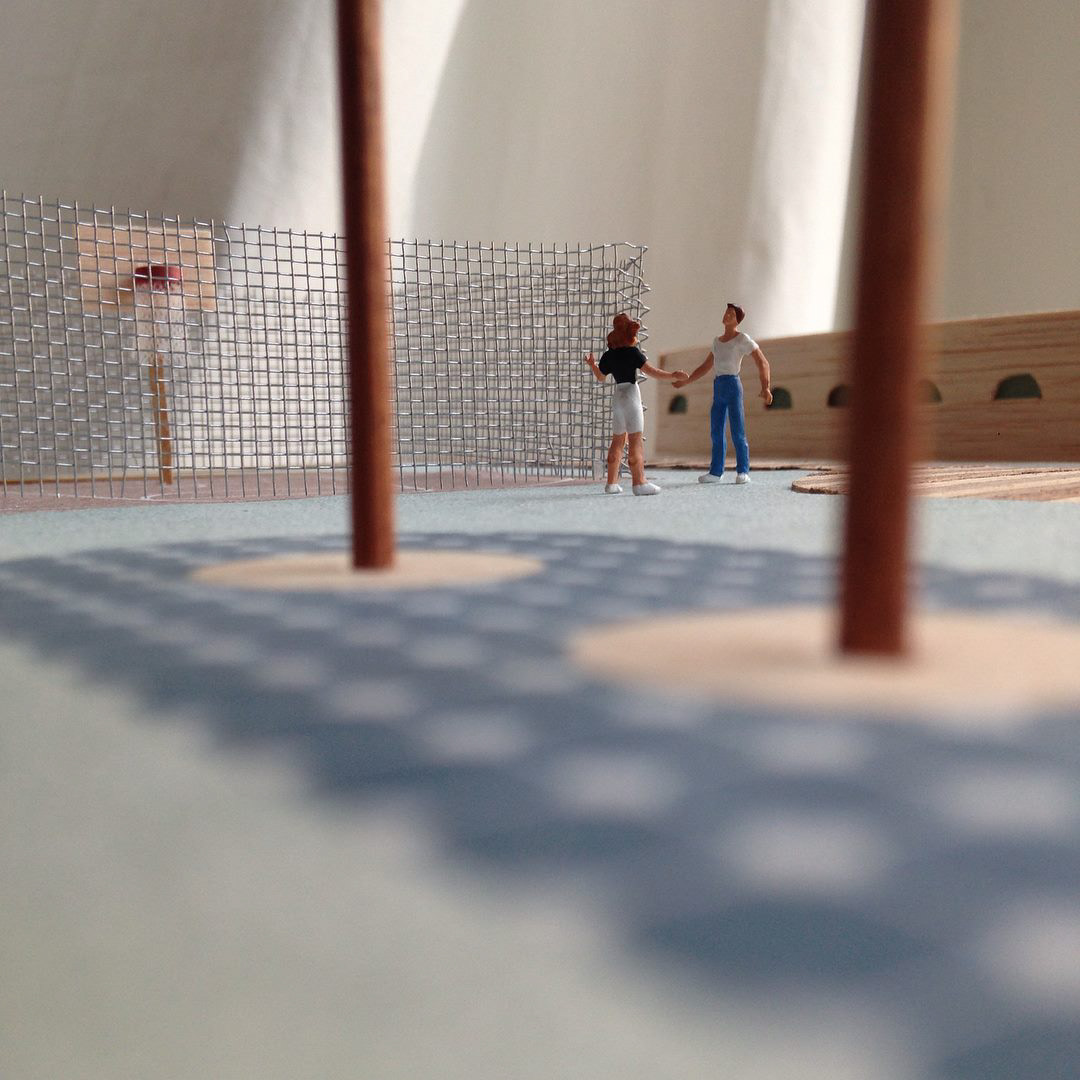 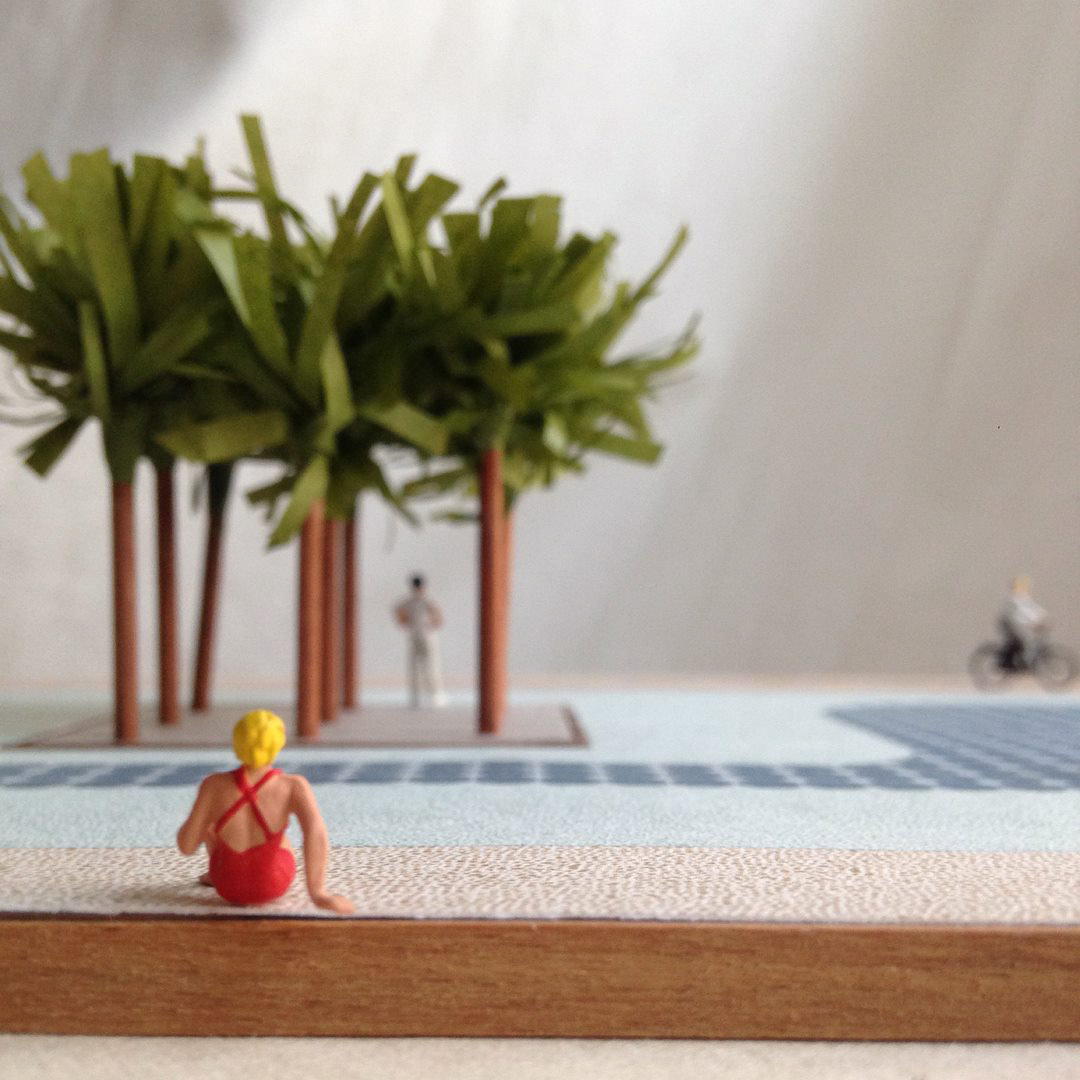